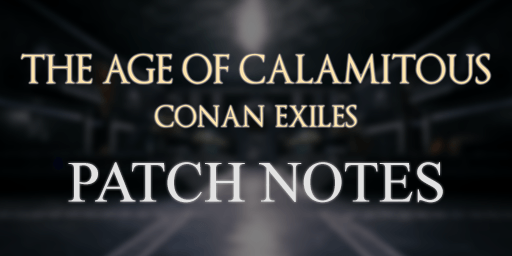 With this update, we’re introducing some new features.
There will be some new server settings that can be set through the AoC Admin Panel.
This includes the option to set the Plague Meteor Timer, Elarikan Plague Difficulty, AoC NPC Difficulty, and more!

Additionally, we’re introducing Soul Essence. This is the source of magic in AoC.
When using magic now, you will drain Soul Essence instead of Stamina.
We’re also adding the option to view your current Quest in the new Quest Log window found in AoC Features on the in-game menu!

We hope you like these additions to the mod!
See below for the full list of patch notes.

Changes & Fixes:
– Improved mod compatibility (Thanks to Whiskey!)
– Updated animation data for Spear of the White Temple
– Updated AoC bows to be able to use Huntress Arrows
– Balanced AoC 2H maces to go with the new vanilla changes
– Increased LOD on Statue of Bobby
– Reduced volume on Inferno
– Crocodile Head is now guaranteed to drop as part of the Profession Update
– Fixed various texture issues
– Fixed an issue with the Warfront Painting recipe
– Fixed an issue where Sanctum of Coralina would use Air Power Gems instead of Water Power Gems as fuel
– Fixed various bugs

Features:
– Added Quest Log (Accessible from AoC Features on the in-game menu)
– Added Soul Essence (This is what magic will consume when used. Stamina is no longer used for magic)