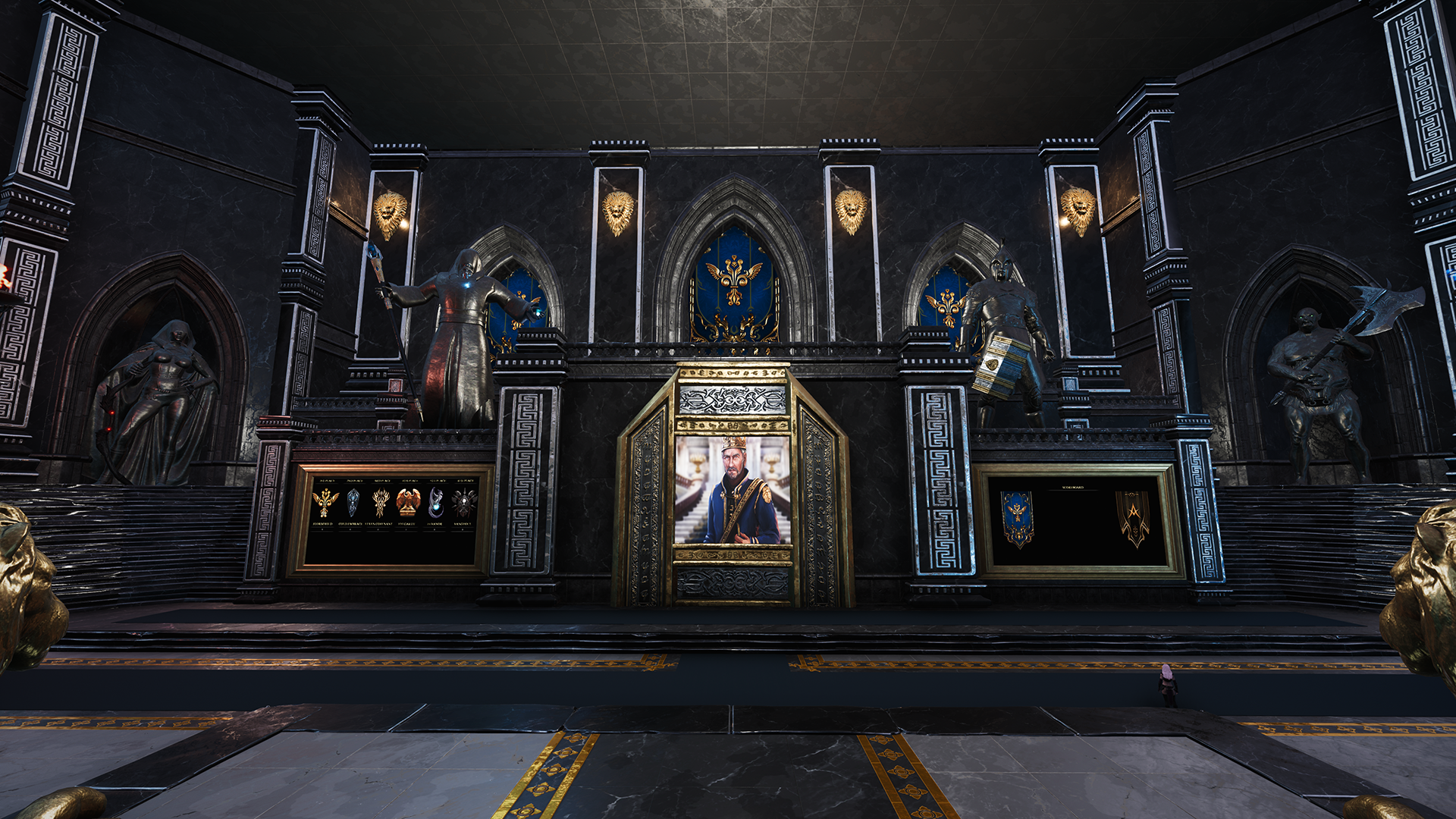 The 5th Anniversary of The Age of Calamitous Mod!

Before we get into the update, we’d like to take a moment to celebrate the 5-year anniversary of The Age of Calamitous mod for Conan Exiles!
I started this journey in February of 2017, shortly after Conan Exiles was released in Early Access. On the 25th of February, the mod was publicly released.
My goal at the time was to use modding as a way to learn more about Game Development for Unreal Engine, to be able to one day create my own game on that platform.
In the following years, I was extremely fortunate to find people who wished to participate on the mod, as well as help out with the community. I can’t thank my team enough for their dedication and hard work!
Over the course of these 5 years, the AoC community has grown far beyond what I could imagine! With more than 20k people on Discord alone and over 300k on Steam, I’m blown away by the interest this project has garnered over the years!
I want to give a huge thanks to all of you who have supported us on this journey, it has meant the world! Thank you!

As some of you already know, we’re hard at work on our own game these days.
We won’t go into any specific details on this game right now, but for the sake of transparency, our first game won’t be an AoC game.
We’re working on a separate IP and we’re thrilled to be able to show you once the time is right!
Additionally, I want to clarify that an AoC game is our goal for the future.
It’s the dream game we all want to make, but we need more experience and a solid budget to create the game we want to share with you all.
And finally, I do want to add that we will continue to support the AoC mod for as long as we possibly can!

Without further ado, over to the update!

Our next major content update for the AoC mod is here!
This update brings a lot of changes, new content, reworks, and general improvements to the mod.

Watch the Trailer for The Age of Calamitous Mod here:
https://youtu.be/hUO8esLs1I8

See TL;DR for a summary of the highlights in this update.

TL;DR – The Tide of Battle

Changes & Fixes:
– Optimization and Performance improvements
– Improved mod compatibility
– Improved lighting in various areas
– Improved audio transitions
– Improved biome blend for the south in regards to fog and rain
– Added Checkpoint feature to the Underwater Cavern (10 points that can be activated using Mystical Dust)
– Added Portal on the outside and inside of Gorethorn’s Camp for Cold Embrace only (Intended for Cold Embrace Questline)
– Added Battleground to Tutorials in the AoC In-game Help Menu
– Added New Spawn Location for Character Creation & Respawn Menu
– Updated AI for various NPCs
– Updated description for merchants in the faction hall from crafting to buy
– Updated Shenarah’s location to Goreclaw Deep
– Updated Ashira’s location to Goreclaw Deep
– Updated credits
– Updated stats on various quest NPCs
– Updated Tome of Nature Ascension Vol. 2 & 3 location
– Updated In-game Help
– Updated In-game Cinematic Intro
– Removed Shenarah’s camp
– Quest NPCs are no longer tameable
– Arcane Ward now lasts for 120sec
– Specific spells will not register kills for PvP and Quests (These are listed with ‘No PvP/Quest Effect’ and thus will not count towards player score)
– Renamed Ashira’s Rise to Night Moon’s Rise
– Fixed various issues regarding NPCs falling through the ground
– Fixed various bugs in regards to the Menu
– Fixed various issues with AoC NPC AI
– Fixed DoT not counting in kill quests
– Fixed an issue where players would get stuck on the quest widget when deleting a quest
– Fixed an issue with the Grand Portrait of King Marcus not granting the buff
– Fixed an issue where the in-game menu wouldn’t close after using the teleport functions
– Fixed various descriptions on items
– Fixed various issues with the Arcane Ward
– Fixed an issue with the Orb of Plague effect duration
– Fixed an issue with decorative bushes
– Fixed various bugs